Welcome Visitor you can Login / Register

Graphite comes in four separate configurations. This flexibility enables users to dictate the ME count and I/O that best suits their needs, but permits upgrades with software based licenses as their operations grow.

Choose from one of 6 control panels, the widest range available. Learn more…

XPression Graphics Packages
Multiple versions of XPression are available to suit any budget or level of production you may have.

Replay Systems
When Graphite is paired with a Mira Replay system, you have a complete two-piece sport production solution. Choose from the incredibly priced Mira Express or the heavy-duty Mira Replay. 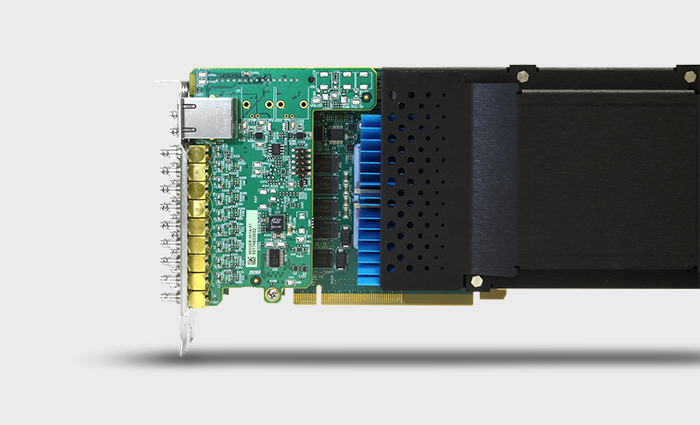 At the heart of this all-in-one system, is the Graphite PCIe card. This is a massive development, as it eliminates the performance issues that leads traditional all-in-one systems to compromise on their features. With the dedicated Graphite hardware bearing the load in tandem with the PC, Graphite is able to offer truly powerful production equipment for a professional quality show.

The critical vulnerabilities of purely software-based production systems are also eliminated, such as PC/OS reboots, crashes, and updates. Because the PCIe card is fully self-contained and only requires power from the system, the Carbonite and RAVE audio will perform without interruption even if the computer sub-system has an issue. This implementation provides unparalleled reliability during mission-critical productions.

2 MEs with Full Keying Power
Major effects and keying power are packed into 2 MEs. Each ME has 4 powerful keyers with luma, linear, chroma, and DVE key types – as well an additional fifth transition keyer for animated Media Wipe and DVE transitions. Each ME can access the 2 advanced Ultrachrome chroma keyers.

4 Flexible MiniMEs
Unique to the switcher feature set, MiniMEs are powerful effects modules that include an independent mixer and two keyers: one standard keyer and one specifically for DVE boxes. The flexibility of MiniMEs opens up a wide range of opportunities during production, like multi-screen or multi-language production.

Multi-Format Production
The video processing engine in the switcher is selectable for Standard or High Definition production. In addition, the standard system includes 6 internal frame synchronizers and format converters which permits mixed SD and HD formats to be seamlessly incorporated into your productions.

Single Channel of Graphics with Unlimited Layering
XPression Graphite is one of the most powerful graphics engine you can find, and is included in this all-in-one system. Use still images, video clips, reflection maps, bump maps, refraction maps, gradients, and live inputs to create visually-deep multi-layered graphic templates. XPression is able to do more with a single channel than competitive platforms can do with multiple channels.

True 3D Graphics and Animations
XPression permits you to make stunning and dynamic visuals with real 3D objects and text, not just z-space manipulations. Using XPression’s 3D primitives, users can build out visceral graphics for their productions. Completely-controllable Virtual Cameras can be used to bring new perspective and movement to your graphics, permitting you to create exciting animations for use in your shows.

Simplifies Complex Graphics Creation
Graphic production can sometimes be a complex affair. To automate and add intelligence to graphic scenes traditionally requires the use of complex scripting work. With XPression, this process has been made simple with Visual Logic. This feature permits users to drag and drop parameters into a workspace and connect them with functions and other parameters by drawing lines from virtual inputs and outputs.

2 Channel XPression Clip Server
Also found in Graphite, are two channels of XPression Clips – production clip server. XPression Clips serves as a powerful supporting tool for both Carbonite and the XPression graphics channel in the Graphite system. XPression Clips takes the animations that are created in XPression Graphite for use in its channels much like an external video source. Additionally, the clip server relieves the Carbonite MediaStores of a large burden and offers instant recall times and back-to-back clip transitions. All clip playback and selection is done via Carbonite memory recalls and custom controls. Embedded or Internal Audio for Every Source
Whether it is an external video input plugged via an SDI feed or one of Graphite’s internal inputs (XPression Graphite, XPression Clips, PC Audio), all video sources have an associated audio source that can be directly controlled in the Rave audio engine.

28 Channel Audio Mixer
All-in-one systems typically have limited audio production capabilities, but this is not the case with Graphite. With the RAVE Audio Engine, Graphite is able to provide uncompromised audio capability with a dedicated 28 channel digital audio mixer. Being a DashBoard-based system, the entire mixer can be operated from the local computer sub-system or any other DashBoard client, and contains all the features an audio operator would desire, including: input management, level monitoring, volume / gain adjustment, and more.

Enhanced Audio with Optional Breakout Panel
Analog audio is a necessity for a variety of live event productions. With the addition of a basic 1RU breakout panel, Graphite is granted supplementary analog and digital audio capacity. Add a variety of microphones to the analog inputs, with mic pre-amp and toggle-able phantom power. Analog outputs provide the ability to send customized AUX outputs with select channels included, which is great for feeding mix/minus feeds to your on-air hosts’ headsets. When analog and digital audio is added to Graphite, the Rave Audio Engine expands your format choices, and permits all sources to be used simultaneously.

System-wide Memories and Custom Controls
The great thing about an all-in-one system comprised of products from a single supplier, is the way it all works together. With the Carbonite at its heart, Graphite permits users to entirely operate all components as a unified whole through Carbonite memories and custom controls. Easily set-up your shows with a memory recall and execute key moments of your production into a single button macro.

There are no reviews yet.

Be the first to review “Graphite” Cancel reply